I attended a mind brain presentation at Boston University on Friday. The presentation provided a snapshot of what is happening in this field, and gave me lots of ideas I want to develop and think about as I continue my work to  teach young children well.

The many ideas I gained were like tiny seeds implanted in my brain, seeds I'll read more about and begin to grow as I develop my understanding of this arena. Initially however, the day-long event provided me with the following school-related ideas and emphases:

As I noted, much of what I learned, I am just beginning to understand, however, I did add my cryptic notes below, notes I'll share with students as rationale for much of the study we do. For example, when I return to school, I'll say to students, overall I learned that scientists are basically trying to figure out how to make a Google map of the brain that shows all its parts and clearly defines how the brain behaves too. This is very complex since every brain is unique and ever changing. In some ways, our brain exploration mirrors space and ocean explorations since all three areas of study are essentially frontiers where there is much to know and understand. I'll likely discuss this before I show The Powers of Ten movie, a movie that brings this connection to life and helps to teach the fifth grade math standards too. 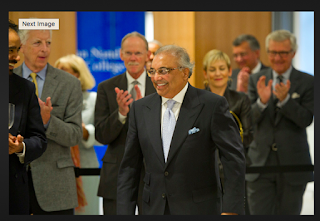 Philanthropy
I will introduce children to philanthropy, the desire to contribute to the welfare of others, expressed especially in the donation of money to good causes. I will tell them the story of Rajen Kilachand, who recently donated $115 million dollars to Boston University to jump-start more collaborative science research, and for whom Boston University's new integrated engineering and life science center is named. I had the chance to meet Rajan and his family at the event. I also learned the impact and information related to philanthropy and the basic sciences and math.

Marc Kastner, President of Science Philanthropy Alliance, discussed the role of government funding and philanthropy. Kastner noted that Kilachand's donation was a "spectacular example of what science needs." He further noted that research and development impact the long term health of the economy which we can use to infer that research and development impacts the long term overall health of organizations including schools. Kastner mentioned that the United States dropped from first in research and development in the world to tenth, and that this could have consequences. He spoke in support of federal funding for the sciences, and said that philanthropy cannot fill the gaps that less public funding creates. The discussion moved to the need for greater collaboration amongst research universities and organizations.

Seeing the Depth and Vitality of Math
I had the chance to talk to Peter Robert Kotiuga, a Boston University mathematician who recommended that I read The Enjoyment of Mathematics and Pioneering Women in Mathematics. I learned a bit about his research, research that, in part, focused on the visual aspects of mathematical thinking and learning. 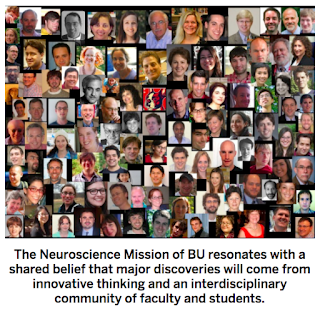 Recognizing the Impact of Interdisciplinary, Investigative Science Study and Impact
Later, during a symposium of scientists, I learned about new inventions in the biology and engineering:

There is terrific energy and enthusiasm related to neurology and the potential for bettering lives this study brings. There is lots to consider, and much we can do to prepare our students for the world they will inherit and develop in this regard.
Posted by Teach Children Well at Sunday, September 17, 2017