Why Charters? Data Dispels the Myth

There is lots of talk about charters in Massachusetts. I've been convinced that raising the cap is not a good idea so vote NO on #2 this fall.

And, look what the data has to say. More charters equals less success.

Data demonstrates that the states ranked in the bottom 11 had about 50% more charters than states ranked in top 11. 8/11 of the top 11 ranked school systems have 5% or less charter schools in the rankings below.

We don't need to give away our public school systems to do a good job. Massachusetts is already doing a GREAT job and we can do an even better job if we don't give away our dollars to charter schools for a few--let's keep the ball rolling up hill in MA to better and better schools by continuing to move in the right direction and setting an example for the entire country that quality, well supported, citizen-driven public schools can provide a top notch education for every child which in turn has the potential of supporting a strong, vital democratic populous. 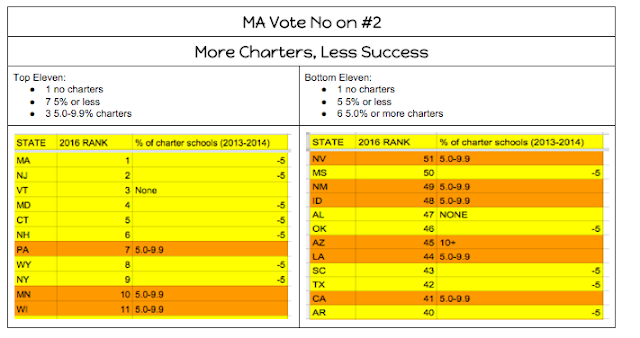 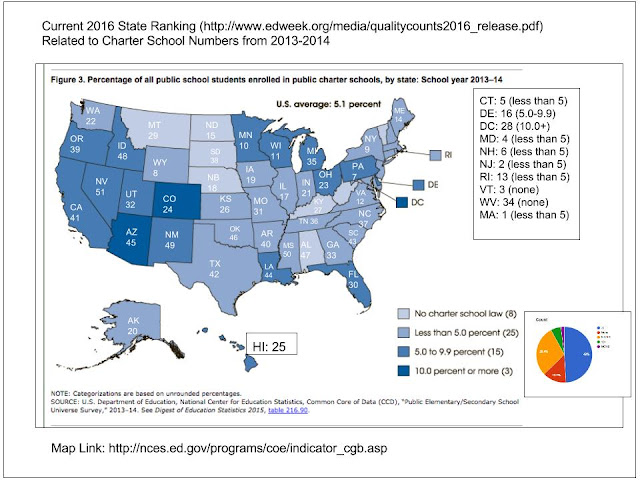