It's a Keeper: Field Study at the Museum of African American History in Boston 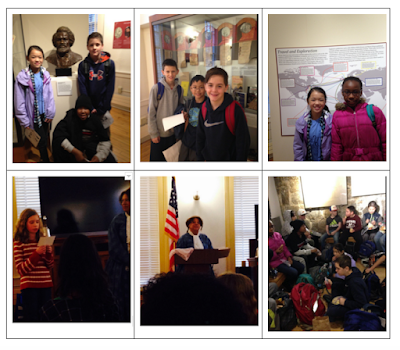 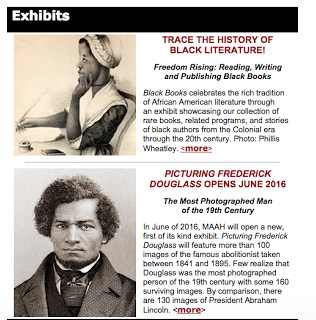 Last year when students took a walking tour of historic Boston, a young child noted that we did not include enough African American history. Using his comment as a catalyst, our team wrote a proposal to our local foundation, The Wayland Public Schools Foundation (WPSF), to fund a visit to the Museum of African American History in Boston. We received the grant, and today my class had the chance to visit the museum. All I can say is Wow! We had a wonderful field trip. There were so many things that were right about the trip including the following:

First, we had the chance to walk up the windy, historic, brick sidewalks of Beacon Hill. Just walking with a group of children through that historic neighborhood is a treat.

After that we arrived at the beautiful museum tucked into the Beacon Hill Neighborhood. We started our visit with a tour of the historic books exhibit (see more information to the right). Students used the scavenger hunt to lead their book exhibit review. 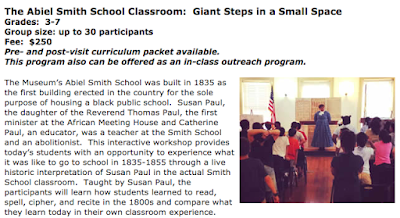 After a short snack break, students participated in the living history event where they had the chance to learn as African American children would learn in the school that was associated with the historic African American Meeting House in the 1830's. The actress who played Mrs. Paul was wonderful. After her portrayal was over, she stepped out of character and told us what it took for her to prepare for the role which was very helpful and inspiring information with regard to students' upcoming biography project.

Finally once the visit was over, we had the chance to walk over Beacon Hill and past the Massachusetts States House to view the Robert Gould Shaw Memorial. Had the weather been better we would have had a chance to eat lunch in the common and play at the playground, but rain prevented that.

All in all it was a terrific learning event, one I hope that we repeat next year. 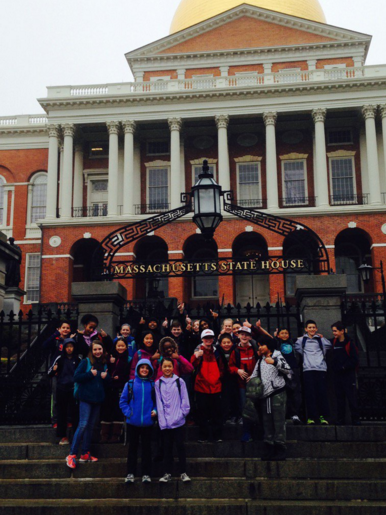