Should Political Campaigns Manipulate or Educate? 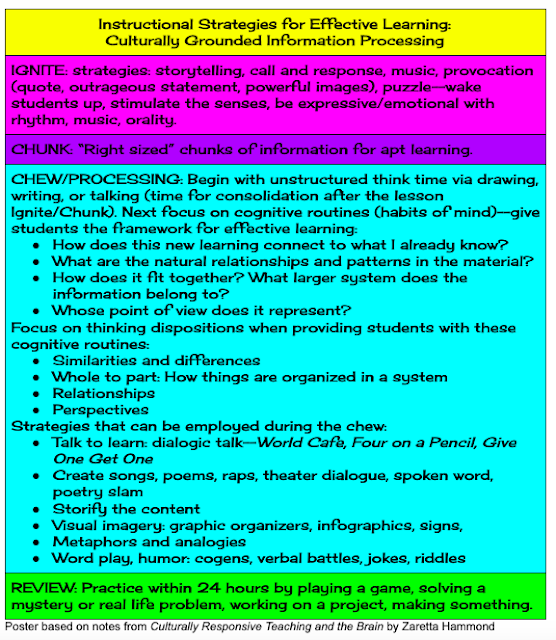 For the first time in my life, I'm digging in deeply with regard to the upcoming 2020 Presidential Election. One reason I am very interested in this election is that I believe President Trump works against the values, efforts, and beliefs I've held and worked for my entire life. Like most Americans, I've worked hard, sacrificed, and put my best effort forward in my family life and profession. To have a leader who disrespects all that you've worked for and valued your whole life works against who you are, your dedication, and what you believe is right and good for your children, grandchildren, and the future of a country you are proud of.

I have always been proud of America's basic value that everyone should have the opportunity for life, liberty, and the pursuit of happiness. I have always been dismayed and troubled by acts of prejudice, inequity, hate, and violence. I have also always sought to better what I can do to get along, treat people fairly, and rid myself of the prejudices, bad habits, and ignorance that I have. Like all, I'm a work in progress, always seeking better. I am comforted and led, in a large part, by Theihard de Chardin's words that essentially say that we are spiraling up as a people moving towards greater good. I see that in so many actions in the world as we evolve towards greater and greater respect towards one another and human rights. It's not a steady movement forward, but a halting movement of more forward steps than back steps, but a positive direction nevertheless that has been affirmed by researchers such as Pinker. 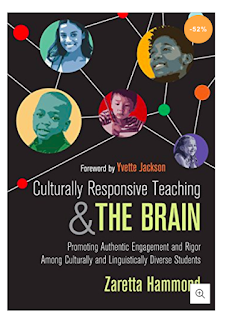 As I thought about these ideas today and the will for wonderful leadership in our country, I thought about political campaigns. Should campaigns be manipulative affairs where candidates shame and blame their opponents with name calling, disrespect, slick sound bites, lies, and rally theater or is a good campaign one that focuses on educating the people about what can happen: the possibilities that exist for better living and the ideas that can become promising supports and pathways to life, liberty, and the pursuit of happiness for all. Of course, as I think about this, I support campaigns that choose to educate people rather than manipulate people. What can those campaigns do?

The advice of Zaretta Hammond in her book, Culturally Responsive Teaching and the Brain, actually provides a good direction for effective campaigning as well as effective teaching. I especially like her brain-friendly approach to ignite, chunk, chew, and review. How might this become a campaign strategy?

Ignite
Wake up Americans with a vision of what can be with the strategies listed in the chart above.

Chunk
Trump actually does this well. He chunks his information in bite-size pieces, but unfortunately he relies on lies, shaming, blaming, exaggeration, name calling and other examples of poor conduct and ignorance in his chunks. I propose honest chunks of information that educate the people about what's possible to elevate their lives and build a stronger, more positive country for all.

Chew
Again the chart above provides many ways to do this, but essentially this is the time for candidates to engage people in conversation or shared effort. I believe that candidates can bring their work into the field for the "chew" as they engage in service work, contribution, and care. To couple their message with good work for and with others would provide a terrific opportunity to process the candidate's good ideas, experiences, and leadership.

Review
This is the interactive follow-up for a campaign. The after event survey, letter writing, and creative responses that solidify the candidate's message and promise.

I believe that campaigns can become educational rather than manipulative--I believe that whether a candidate wins or loses, if they invest in educating the public about the potential that exists rather than manipulate the public to optimize their gain, fame, and ego alone, those candidates can be proud of the good work they endeavored and their supporters can also be proud of the positive efforts they forwarded.

I think this can be a positive move for American politics, and in the future as we reform political funding laws and policies, we can invest public money into these efforts to educate rather than manipulate in an effort to choose the best possible leaders for our country and world.
Posted by Teach Children Well at Wednesday, August 07, 2019