People everywhere are tired of Trump and his me-first tantrums, rants, and theater. In fact, when you bring his name up these days, many will hold up their hand and say, "Stop! I can't listen to anything about that man anymore--I'm doing my best in my life to do what is right and good, I can't take him on."

It's difficult not to speak up when a leader's words and actions are as negative, disrespectful, dangerous, and hurtful as Trump's words and actions. The way he lives, decides, and acts stands in opposition to those of us who value hard work, collaboration, creativity, intelligence, empathy, and care. To watch a national leader make fun of the disabled, demean young congresswomen of color, stand passive while White Nationalists march, support tearing young children away from their families and housing them in cages, promoting simplistic one-size-fits-all solutions for complex problems, hiring friends & family members rather than best & brightest experts, and using name calling, shaming, and blaming rather than civil discourse and debate calls me to speak up and work for better. We don't have to stay satisfied with a President that displays such poor character, lack of knowledge, and little good will with regard to hard work, compromise, and solving complex problems.

Believe me I don't want to continually point out Trump's weaknesses as the President of the United States. I don't want to point out time and again how a lack of good regulations in our country allows a man like him to manipulate the financial institutions for his own gain while not paying the bills he owes or thinking more deeply about the value of his investments and who he does business with. But, history shows that when people are passive in the face of slick, self-serving marketeers like Trump who appear to skirt and/or break laws and lead for their own favor rather than what is right and good for the people they lead, devastation occurs.

Many say to me that they don't speak up because their voice doesn't matter. They say, no one listens to you-you have no power. I respond, if everyone thinks that way, then dangerous leaders like Trump will persist, but if everyone does their part by speaking up and acting for good, honest, collaborative, intelligent, and people-centered leadership and actions, our country will not only continue, but will even grow stronger as a world leader and ally for life, liberty, and the pursuit of happiness for all. 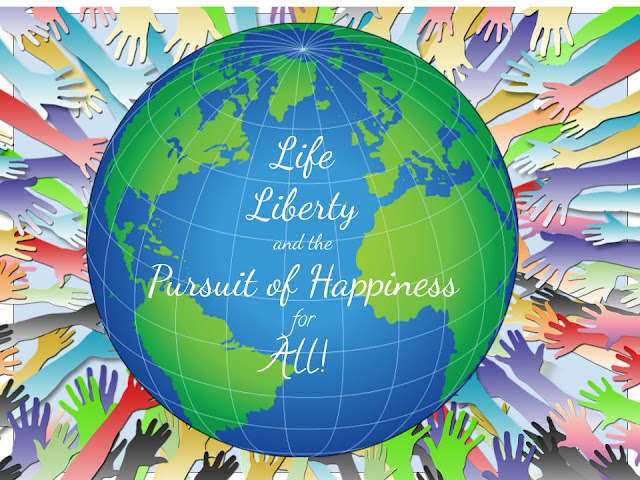 Speak up. Act. Work for betterment. We can do better, and this betterment relies on all of us now! Don't stay satisfied with these self-serving, discriminatory, abusive leaders--we can do better!
Posted by Teach Children Well at Monday, July 22, 2019