After studying the properties of one, students will complete this page for home study. 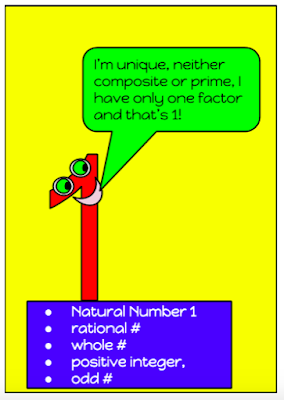 What do we know about one?

Number Names that Don't Describe One
Properties of One (A property is a trait, characteristic, attribute)
The "Behavior" of One  ("Behavior" is the way one acts in an equation or expression)