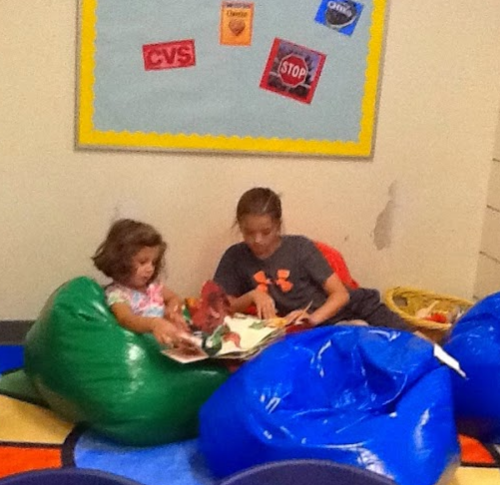 The fifth graders work with their kindergarten buddies in the afternoon.

Last week was our first meeting; partners or small groups of kindergartners and fifth graders learned in many ways together.

During the school days following buddy day, the fifth graders play with and help the kindergartners on the playground.

In days of old, when families were bigger and neighborhoods were filled with children young and old after school, this multi-age share and play happened all the time. Now, with busier schedules and sparser neighborhoods in some cases, this play happens less often. Hence, buddy time gives the older children a chance to be a "big brother or sister," and provides the younger children with the chance to work and play with older children.

Further, this responsibility helps the fifth graders build their leadership and contribution skills. 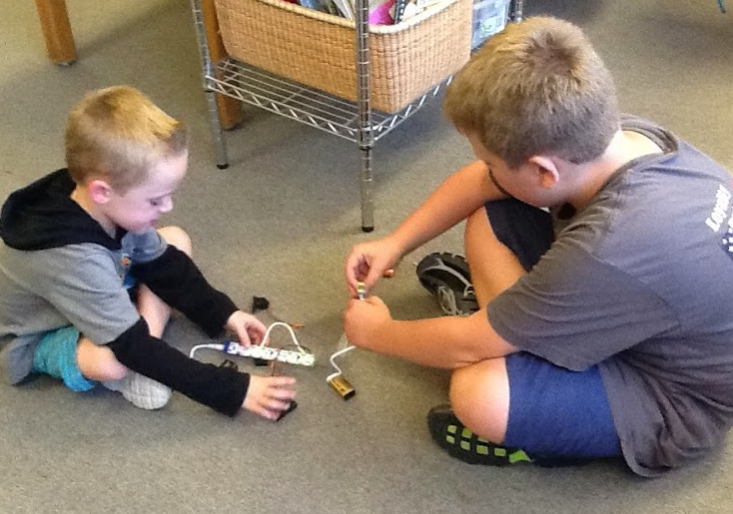 When I was a sixth grader, I was a kindergarten helper--I always looked forward to helping Mrs. Leary and her students at Indian Hill School. I know that my fifth graders are getting that same sense of satisfaction.

Buddies is a long-held tradition at our school. Upper grade students match with younger grade classrooms to learn, create, and build community. It's a very positive endeavor, one I recommend if you haven't tried it yet.
Posted by Teach Children Well at Friday, September 19, 2014