Trump Times: How will you contribute to betterment during the 2018-2019 school year? 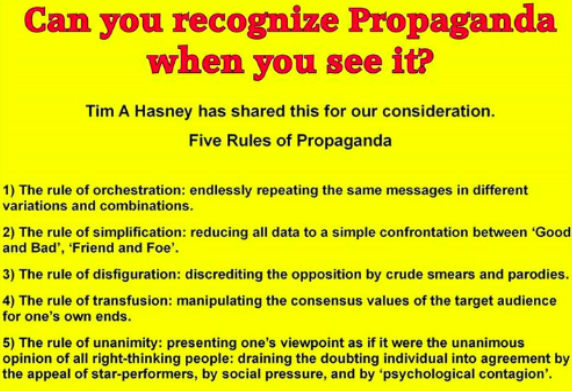 If you read my blog and tweets, you know that I'm am very intrigued by what's happening on the national and world stage right now. In terms of mystery, characters, and intrigue, it's better than any book I could pick up. Like so many, I'm wondering what the truth of the matter is when it comes to current politics, political leaders, and the important work and truths for our country today and into the future. 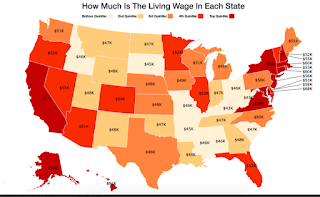 I am continually assessing what I hear and read against my own experiences, values, and discussion and debate with friends, family members, and colleagues.

As for my own beliefs and experiences, I am a fan of continual work towards betterment in ways that create greater opportunity for all the world's people for life, liberty, and the pursuit of happiness. I want people to be free. I want people to live good lives, and I want people to be happy. So as I think about national and world politics, I'm thinking about how we can increase freedom, good living, and happiness. I am interested in what creates this situation for people and how I can contribute to this. 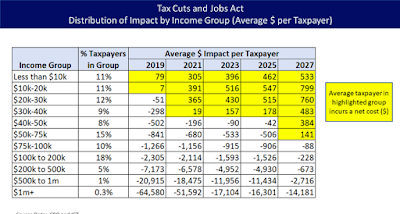 My gut reaction to today's political scene is a reaction to Trump's demeaning, name-calling, and disrespectful speak and actions. I do have a visceral negative reaction to Trump's words as he behaves in a way that creates hurt for so many. I don't condone his angry, degrading, and often dishonest speak, tweets, and actions. Yet my debate and discussions with friends, family members, and colleagues have forced me to look deeper at the Trump effect by thinking about who voted for him, what exactly is he saying, and what specifically are the results of his speak and acts. That's why I forced myself to watch one of his rally speeches yesterday. I could only watch about 3/4 of the speech until his use of propaganda totally turned me off. I couldn't watch anymore.

As I watched and listened I analyzed his choice of words, clothes, pacing, posture, facial expression, and more. I noted his talented use of propaganda to excite, praise, and placate the audience so that they looked to him as a strong father figure--the kind of man who could resolve the sensitive, personal, and community issues they face. Again and again he praised their local leaders, land, and noteworthy feats related to their specific region and demographics. He mostly praised them, his own efforts, and their combined strength by repeating again and again praise for his movement, his work to date, the people there, and the numbers, yes, again and again he made mention of the numbers letting those people and the people watching via news shows and the Internet believe that they are part of an extraordinary movement that includes thousands and more. He wants people to believe that they are part of something big and someone great.

As I watched, I took note of every aspect of the performance. I recognized that Trump was creating a very effective theater--one that appealed greatly to his audience. Even the varying pacing, volume, and expression of his words were timed well for effect. I wondered if he had ever acted before, and found he does have some interest in theater. I also found myself looking up his facts which were sometimes true and sometimes untrue further strengthening my opinion that Trump says what he wants when he wants with his primary focus on effect rather than truth.

As I think of Trump's words, performance, and effect as well as my visceral reaction to this man, I am thinking about how to move forward during Trump times, how to effectively use my time and energy to contribute to my community and world in ways that match my beliefs, desires, understanding, and experience.

First, I want to listen more, research more, and find truth more. Today I found more reputable fact finding sites that I want to check regularly as I analyze the words spoken, facts shared, and plans revealed. I want to understand the truth of the matter as well as I can.

Next, I want to increase my number sense with regard to significant data related to political decisions that matter in the United States and world. Via reputable graphs and number information, I want to develop a strong data foundation to use as I analyze these facts and figures. For example, today I studied average household incomes and the effect that the 2017 tax code will have on people in each of those income areas. 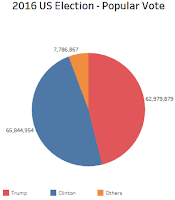 After that, as I teach in the year ahead, I want to use significant data to help students study and learn about the world around them as well as how to critically analyze data sets to inform questions, research, and decisions. For example, at 5th grade in Massachusetts, students will learn about the electoral college and popular vote. Looking at the discrepancy between these numbers in the 2016 presidential election will foster good questioning and lead to good research and study about the difference between the popular vote and electoral college. This will be good teaching and learning. Further, helping students to regularly use numbers, data, and fact checking as they argue their points, analyze information, and make decisions will make them more critical consumers and discerning citizens as they develop and eventually contribute to their communities, nation, and world. Further I will show them the video about Russian hacking to demonstrate that people are always trying to influence each other both negatively and positively, and it's important that all people are aware of this behavior.

At these times, I can be a positive contributor by using more specific and targeted data, vignettes, and images to support my point of view, questions, and efforts to work towards a strong society that supports life, liberty, and the pursuit of happiness for every American. I can determine where people are left out of the equation and then work to better include all beginning with the young children I teach--how can I contribute to a more equitable teaching/learning environment that welcomes all students and gives every child the best possible opportunity to develop in ways that matter, ways that make them able to lead happy, good lives.

There is much to learn in this world of ours. There is much that we can do to contribute. These are some notes about where I'll move forward at this point in time. 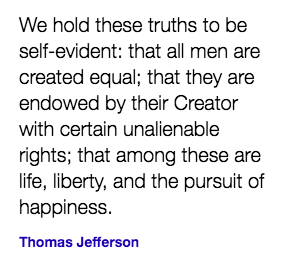