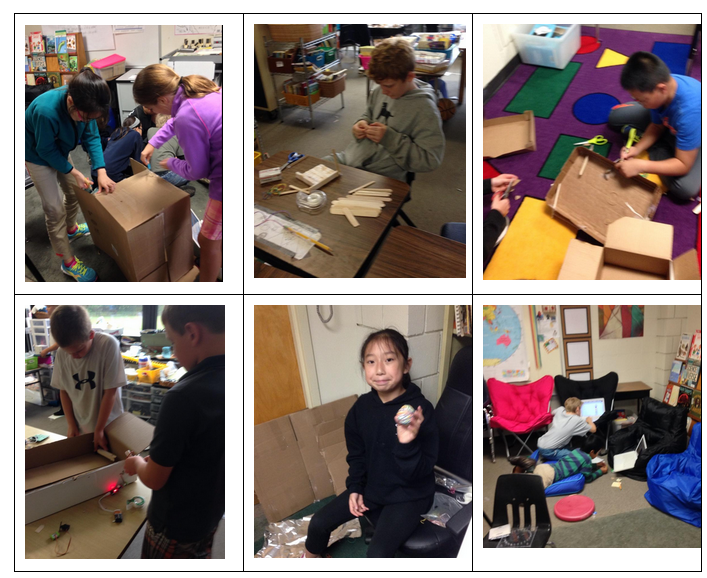 Everyone was fully engaged. Many had big smiles on their faces as they watched and listened to Caine and his supporters.

There was no other choice after watching the film but to let students explore the renewed STEAM center. They collaborated, crafted, and created--full engagement for 60 minutes.  Then science class one came in and they created for another 60 minutes. I watched, answered questions, guided when needed, and assessed our developing STEAM center.

More revision followed. Books were moved to another part of the room leaving shelf space for saved projects in progress. Some landscape models were moved to a showcase, and others were readied to bring home. The supplies were sorted again and more supplies added. It's clear that this initiative will be a year-long process as students use the center in multiple ways, and I use the center to promote the standards and unit objectives.