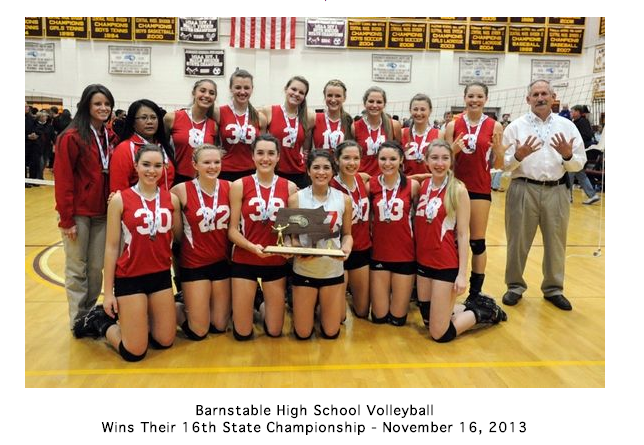 Last night I had the chance to witness an extraordinary event. It was at the Division One Massachusetts Volleyball Championship Game. My niece is a member of the team.

Yes, this was an amazing event because my niece played, the team won, and I celebrated with my family, but furthermore the event was extraordinary due to the fact that it was evidence of positive change and extraordinary coaching.

I sat next to my 83-year old mom who watched the event with awe. Always an energetic, athletic woman, my mom said, "I would have loved the chance to do this."  I knew what she meant as I was feeling the same emotion. Women my age and my mom's age didn't have a chance to participate in any or many organized athletic events. Mostly during our time as high school students, athletics were reserved for the boys. Now, thanks to the efforts of many I can't name who advocated, wrote laws, and instituted actions, girls and boys mostly have equal access to athletics. This change was evidenced last night in the girls' volleyball team's tremendous athleticism, and in the eyes of the many younger girls in the audience--eyes that sparkled as they looked at their mentors--bright, athletic high school girls who exemplified what it means to be a team.

The Barnstable volleyball girls are a TEAM! And that fact is a tribute in a large part to their coach, Coach Turco.  I have never personally met the coach, but my sister has been telling me one story after another about his extraordinary coaching. He builds team, and that was clear last night. Throughout the game the girls used multiple rituals to support one another, communicate, and maintain momentum. I continually noticed strategies that I could bring back to my classroom as I try to coach my students well. Coach Turco's efforts clearly moved beyond the team as it was clear that this game was an event that brought the Barnstable community together with many, many supporters at the game, and multiple stories moving throughout the gymnasium related to the positive effects of Barnstable's Volleyball Team had on graduates and other community members. 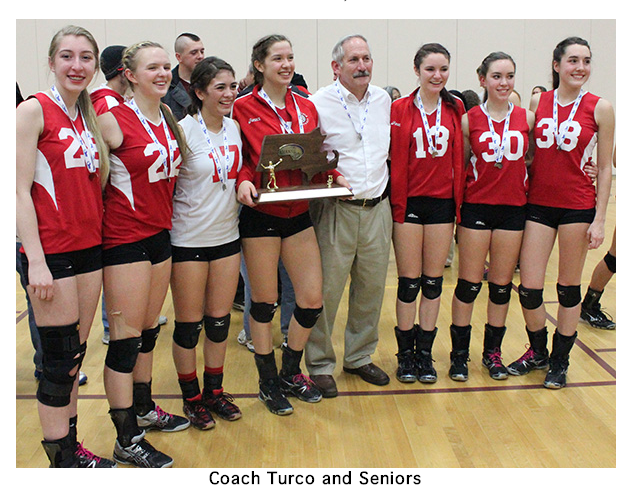 The work we do each day as teachers and coaches matters a lot, and the effort we contribute makes a difference. Coach Turco's time is much more important than the win; it is the gift of team, camaraderie, effort, and a job well done that he's given to his players--a gift that will continue. Also, the work we do to advocate for what is right and good matters too. I wish that every individual who advocated for girls' athletics could have been there last night--it was a proud moment for all of them, and an opportunity to celebrate the fact that moving education in a positive direction is the right thing to do, and one way to build a better world.

So often we hear people complain about the world today, yet last night's event was a clear opportunity to celebrate positive change and a better world.  Let's continue to support and encourage the efforts displayed last night, efforts of extraordinary coaching, team, and support--the kind of good news that serves to encourage our best work in schools everywhere.
Posted by Teach Children Well at Sunday, November 17, 2013